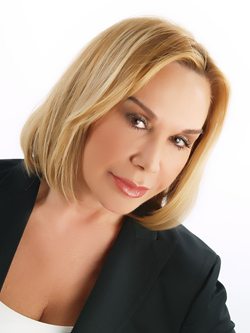 Sasha Parker, President and Founder of Esthetic Skin Institute, Inc attended Indiana University as a business major before refocusing her career and receiving her Associate of Science in Nursing degree from Broward Community College, over 27 years ago. She served as Assistant Surgical Administrator of the AMI Outpatient Surgery Center and as Surgical Administrator of the Eye Care and Surgery Center. Her surgical career has afforded her the opportunity of working with numerous renowned Plastic Surgeons in the South Florida area. Sasha is also a Registered Facial Specialist (esthetician) for over 11 years, and holds professional licenses as a Certified Electrologist and Licensed Massage Therapist.

As founder of the former Eclectic Skin Institute, she was the original innovator and 1st trainer of “medical esthetic hands-on” workshops” and has personally trained thousands of medical professionals internationally since 1997. She has trained with medical esthetic experts throughout the world such as the esthetic physician, Dr. Jules Marthan co-developer of the “Meso-Lift” and President of the Mesotherapy Society (Cerm. Nine) in France and has trained with prominent plastic surgeons and dermatologists Michael Kane, Arnold Klein, and Peter Helton. Her workshops have brought her national recognition as one of the most reputable, comprehensive and responsible medical esthetic hands-on trainers in the US today. ESI is a recognized and approved trainer by Medicis Aesthetics, Allergan Corp, Carbossi Italiana and is recognized by numerous laser companies as a preferred trainer.

Ms. Parker was awarded and honored in Washington, DC as Florida Business Woman of the Year in 2004 and again in 2005 and 2006. She served on the National Business Advisory Council between 2004-2006. Because of her outstanding achievements, she was inducted into Marquis Who’s Who in American Education 2006-07, Who’s Who in America 2007-2010, Who’s Who of American Woman 2007-2010, Who’s Who in Medicine and Science 2007, and the Global Who’s Who Directory. Ms. Parker has been a guest speaker on the topics of medical aesthetics at the University of California Irvine, American Academy of Aesthetic Medicine, National Nurses Business Association, Society of Interventional Radiology, Cerec Dental Conferences, American Orthodontic Society, New Mexico Dental Association, as well as local community organizations. She has authored and copyrighted medical esthetic manuals and serves as a consultant to medical esthetic practices and insurance companies in the US and overseas. She is a founding member and President of the American Academy of Medical Esthetic Professionals (AAMEP) formerly known as the Association of Medical Esthetic Nurses, Inc (AMEN) a non-profit organization whose goal is to standardize and advance the aesthetic medicine specialty in the U.S. Her passion and talent for teaching have earned her national recognition status as an authority in medical esthetics making her a greatly sought after public speaker and expert witness.  Sasha has been interviewed and featured in major professional trade magazines (MedEsthetics, Plastic Surgery Products, NurseWeek, Nursing Spectrum) and appeared on European radio and TV as well as Dr. Lorraine’ Wellness and Rejuvenation Show in California.

As a successful business owner of a home health agency in Broward County from 1997-2005, she gained extensive knowledge and understanding of business and regulatory guidelines which have established her as an expert and consultant to assist nursing boards and dental boards across the country in writing standards.

She has been referred to as, “a visionary and a pioneer ahead of her time”. To that she says, “I have always been a seeker and giver of knowledge and have had some great teachers along the way (Deepak Chopra, Dr. Wayne Dyer, Dr. Carolyn Myss, and Bernie Siegal to name a few), who helped me let go of the fear that stops most of us, and to follow my dreams and my passion. I am doing just that and helping others to realize their dreams!

I have completed 3 courses with this company and have been pleased with the level of professionalism, the instructors, course content, & my confidence to Institute the procedures in my medical spa. I attended two of the courses in Scottsdale & the PDO Thread Lift course recently in Ft. Lauderdale.