Interested in getting Credentialed as a Medical Esthetic Practitioner Certified?
Upon passing the exam, you will be one of the thousands of certified aesthetic healthcare professionals by the American Academy of Medical Esthetic Practitioners (AAMEP). These licensed medical professionals who practice in their specific fields can already prove the importance of their certification in relation to their careers. Your certification designates that you have met the standards set by your peers in your specific area of practice. Medical Esthetics continues to be an emerging specialty in the United States and has been a widely used specialty in Europe for more than 25 years. We can personally reassure you that the pleasure that you will gain in becoming certified will stick with you throughout your career.

When it comes to protecting yourself against sunburn, it is important to make the distinction between intentional and incidental sunlight exposure. Concerning intentional exposure, this usually deals with outdoor activities that typically require direct contact with sunlight for long periods of time. These recreational activities can include swimming, running, sports, and hiking. People tend to do these activities between 10 am and 4 pm, the time of day with the highest potential for sunburn. Because these activities tend to involve excessive sweating or contact with water, the products that protect your skin from ultraviolet radiation are designed to stay on regardless of those factors. They do this by using polymer and emulsifiers, creating a film that locks the ultraviolet filters onto your skin.

Esthetic Skin Institute is pleased to announce they will be the only Continuing Education Provider to offer a Sculptra Certification!

Prerequisite Criteria: This course is geared toward experienced dermal filling agent injectors that have had uninterrupted injecting experience spanning 6 months to a full year.

Target Audience: This course has been designed to meet the educational needs of clinicians (physicians, NP’s, PA’s, LPN’s, dentists, and RN’s) with substantial injecting experience of Dermal Filers in the care of patients seeking advanced aesthetic enhancement procedures.

Sculptra Aesthetic helps replace the collagen that we naturally lose as we age. When that happens, we begin to see facial wrinkles and folds, lower facial volume, and skin sag. Sculptra Aesthetic uses bio-stimulation on your collagen to erase all manner of folds and wrinkles. This will work toward creating a youthful and lively appearance. Usually, a patient needs 3 injection sessions from specifically trained professionals that take place over 8-12 weeks in order to start seeing results. These results begin as subtle alterations and can last over 2 years. Through Sculptra Aesthetic, those lines and wrinkles can be smoothed out and facial volume can be restored, reversing the aging process of aging.
The Sculptra workshop is a one-day, hands-on experience. It provides an educational approach to history, biodegradation, biological and chemical properties, facial aging along with anatomy and physiology, appropriate anatomic selection and cosmetic treatment indications. In the presentation, you will learn about complications management and avoidance, contraindications, and side effects. You will learn during the training to smooth out sunken cheeks, wrinkles, cheek and chin lines, scars, and deep folds such as nasolabial and marionette. Because ESI has such a low ratio from student to instructor, you can expect an intense one-on-one experience with our instructors that is hands-on and tailored to you.

More Dialogue Needed about the Science and Genetics of Facial Aging,
According to New Survey

It’s common knowledge among women that the bond between a mother and her daughter is a strong one. Much is passed from one generation to the next. Daughters inherit everything from wisdom and advice to aging predisposition, as Galderma’s experts of skin health and dermatology know all too well. The question is: why has everyone been so silent? Galderma has just released the results of a study that surveyed mothers and their daughters across the country that concluded that 82% of mothers wish an easier facial aging process for their daughters while more than 50% hardly talk about the issue with them. On February 4th, 2016, Galderma announced its launch of its new Galderma Mom GenesTM. This is an educational campaign that instructs mothers and daughters about facial aging and genetics, inspiring a brighter outlook and more transparent dialogue.

As a start to the Mom GenesTM, Galderma is encouraging women everywhere to demonstrate the effect of “mom genes” in their genetics by recreating a picture of their mothers and posting it to www.MomGenes.com. Galderma has promised to donate five dollars (maximum of $50,000) for each picture that is posted to the National Charity League, Inc. This non-profit organization is committed to strengthening mother-daughter relationships by providing volunteer efforts to cultivate leadership and create a campaign of social understanding.

The president and general manager of Galderma North America, Miles Harrison, said that over Galderma’s 50 years of dedication to female skin health and dermatology, they’ve noticed that the phrase “like mother, like daughter” usually applies in most cases. He went on to say that Galderma is a global leader in researching and studying those maternal bonds and aims to create solutions for the skin’s long-term health.

Dr. Doris Day, a board-certified dermatologist, stated that with the new “selfie” culture of today, people are more aware of their appearance than ever. She went on to say that a healthcare specialist can give advice to women in their 20s to help promote healthy skin later in life and gives them the opportunity to age gracefully.
If you need more information about the program and the study, you can visit www.MomGenes.com.

Aging is controlled in part by your environment and also by your genetic makeup. Scientists have used facial imaging and three-dimensional models to discover that mothers and daughters usually share similar patterns of aging in their cells and skeletal structures.

Everyone’s aging process is different, though you can expect certain changes to occur starting in your 30s.

• Due to cellular shift, your face can appear to have less volume and look saggy.
• The deterioration of the bones eventually change facial structure
• Thin, dry skin develops due to lack of collagen

About the Survey
This online survey was directed by Wakefield Research at the behest of Galderma Laboratories, Inc. The participants were a sample of 1,002 US women.

National Charity League
NCL, Inc. is a nationwide, non-profit organization that has mothers and daughters in divisions across the country. Its goal is to promote volunteerism in communities, cultivate strong mother-daughter relationships, and to raise up female leaders.

Galderma
Galderma was founded back in 1961 and now functions in one hundred countries. It’s expansive list of products treat a wide variety of dermatological issues. Galderma has partnered with global healthcare specialists so that people can receive skin care at all stages of life. The company is an industry leader in skin, hair, and nail research and product development.

Important Safety Information for Dysport
For more information on Dysport and its side effects, please refer to the Medication Guide.

When Vivian Cooke suffered from debilitating depression, nothing seemed to help. She searched for relief in massage therapy, physical therapy, and even aqua therapy without results. Then, suddenly, Vivian discovered Botox.

Cooke has several Botox sessions each year to smooth out wrinkles through muscle paralysis and nerve blockage. The injections are given to the space between her eyebrows to help her fight depression.

“This is an alternative for me that has proven to be, almost immediately, giving the result that I want, and that is to feel happier and not be depressed,” Cooke says with a smile.

Check out the rest of this article and a clip here.

On May 28th, 2014 in Fort Worth, Texas, Galderma Laboratories L.P. or Galderma announced that one of its shareholders, Nestle S.A. Switzerland, agreed on a partnership with Valeant Pharmeceuticals International, Inc. or Valeant to allow Galderma to distribute key aesthetic dermatological products. This will give Galderma the commercial rights to products like Restylane, Sculptra, Dysport, Emervel, and Perlane for aesthetic dermatological use in the United States and also in Canada.

When the President and CEO of Galderma worldwide, Humberto C. Antunes, spoke on the matter he said, “We are very grateful that Nestle has continued to support Galderma through this transaction. Th U.S. and Canada represent more than 50 percent of the fast-growing global medical aesthetics market. This move secures Galderma’s continued ability to invest in product innovation, medical education, customer service and consumer awareness. Thanks to this agreement with Valeant, Galderma will be able to provide this best-in-class portfolio of fillers and muscle relaxant for aesthetic and corrective dermatology also in the United States and Canada.”

The CEO of Galderma Laboratories L.P., Stuart Raetzman, commented, “This further marks the commitment of Galderma employees in the United States and Canada to aesthetic and corrective dermatology. We all work together to maintain the industry’s highest standards of clinical safety and efficacy, to bring a wide range of scientifically advanced and clinically proven medical solutions to physicians. Our portfolio of products. Combined with exclusive services and medical training programs positions Galderma as the preferred partner of dermatologists, plastic surgeons and aesthetic physicians.”

Galderma currently manufactures Perlane, Emervel, and Restylane, having their subsidiaries sell the products outside the US and Canada. For those two countries, Valeant retains the rights of distribution under an agreement in 2012 with Medicris. Now with this transaction, Galderma can develop these products further and provide them to everyone on a global scale. Galderma is also receiving Sculptra from Valeant with the purpose of commercializing it in the United States and Canada as well as certain global markets.

Galderma globally markets Dysport (which is called Azzalure in Europe) for aesthetic dermatology indications. Currently, Valeant has the rights of distribution for the indications through an agreement with Ispen similar to that with Medicris. After this transaction, Galderma will be able to commercialize the aesthetic dermatology indications of Dysport in the United States and Canada.
Of course, this transaction does not escape the normal regulatory clearance as well as the usual closing conditions. During the transaction, Credit Suisse worked as financial advisors while Debevoise and Plimpton acted as legal advisors for Galderma.

Nestle announced in February of 2014 that it was entering an agreement with L’Oreal to receive the last 50 percent of Galerma that L’Oreal owns. This transaction is also subject to that same clearance and conditions and should close in July. 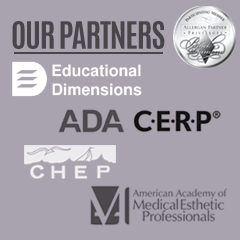 I have completed 3 courses with this company and have been pleased with the level of professionalism, the instructors, course content, & my confidence to Institute the procedures in my medical spa. I attended two of the courses in Scottsdale & the PDO Thread Lift course recently in Ft. Lauderdale.